Please tap on pictures to enlarge.
THE MONARCH BUTTERFLIES ARE NOW ON THE ENDANGERED SPECIES RED LIST BY THE INTERNATIONAL UNION FOR CONSERVATION OF NATURE (IUCN). THE MONARCH WAS ADDED TO THE RED LIST ON JULY 21, 2022. THEY ARE NOW LISTED WITH 147,517 OTHER ENDANGERED SPECIES. THIS LIST IS FOR THE EASTERN AND WESTERN U.S. POPULATIONS AND CANADA, BUT NOT FOR MONARCHS IN CENTRAL AND SOUTH AMERICA OR ELSEWHERE. 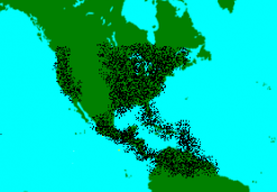 Where monarchs are found in the Americas. 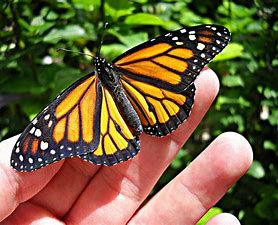 What sanctuary do monarchs prefer? Click picture to enlarge. 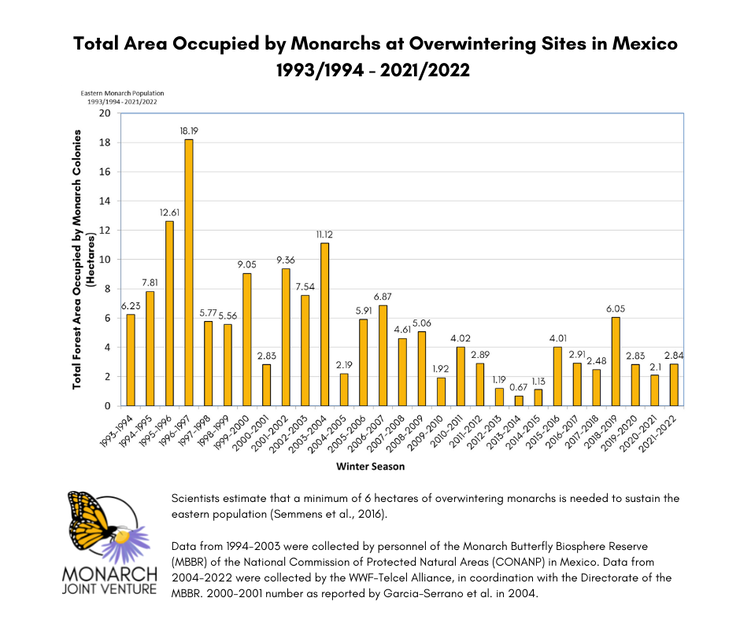 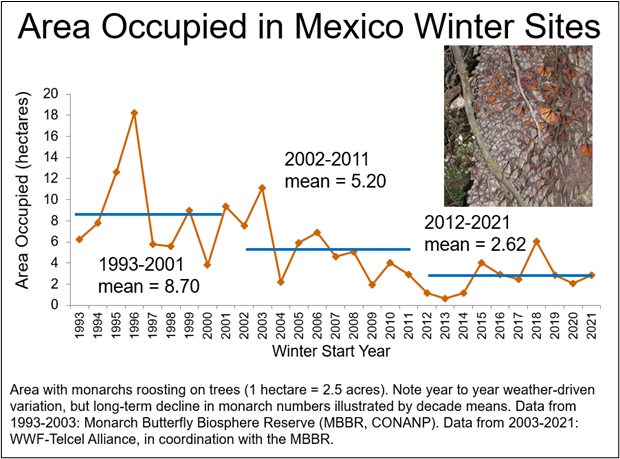 MONARCH BUTTERFLY POPULATION IN THE WEST 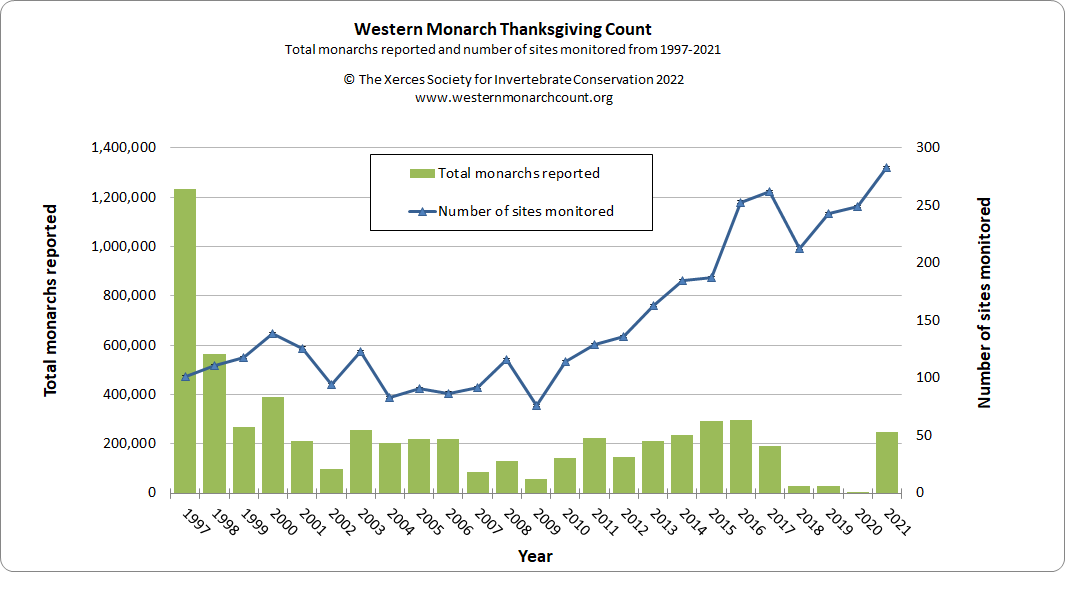 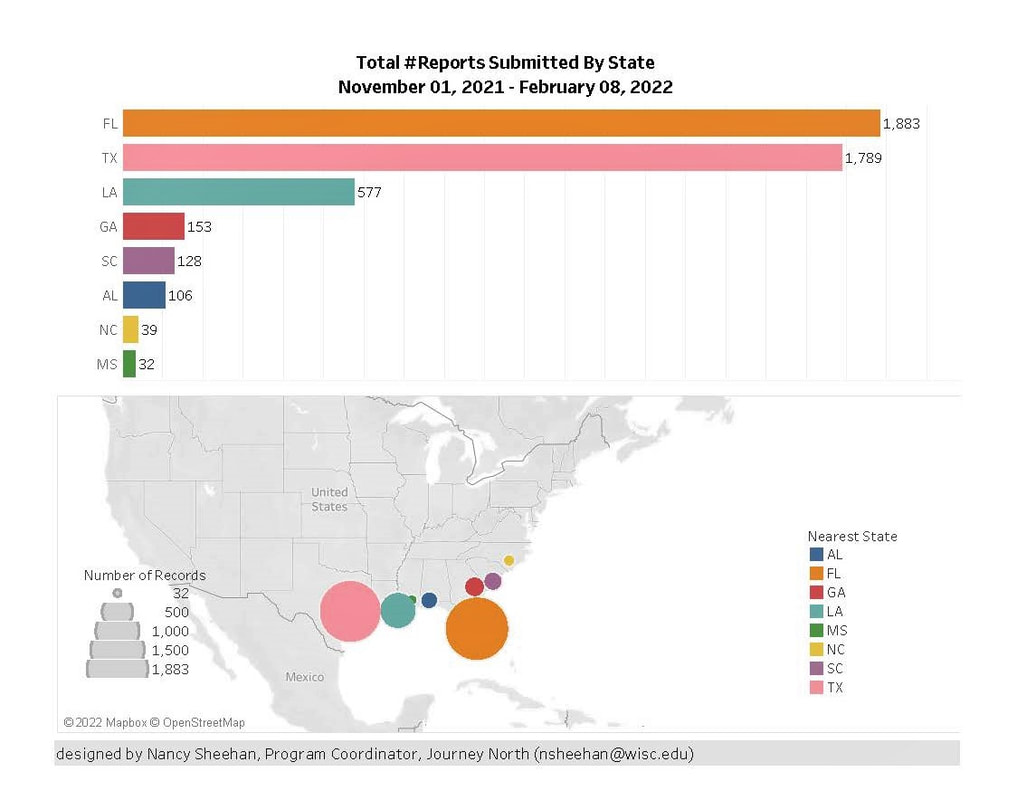 Some people may not know that monarch butterflies also winter in the United States. This year, in Florida, Texas, Louisianna, Geogia, South Carlonia, Alabama, North Carolina, and Mississippi, over 5,000 monarchs have been recorded to Journey North.
Although the State of Alaska isn't known for monarch butterflies, one specimen has been collected in Hyder, Alaska. This town is in the southeast corner of the state. See picture of Hyder and map with the red dot. 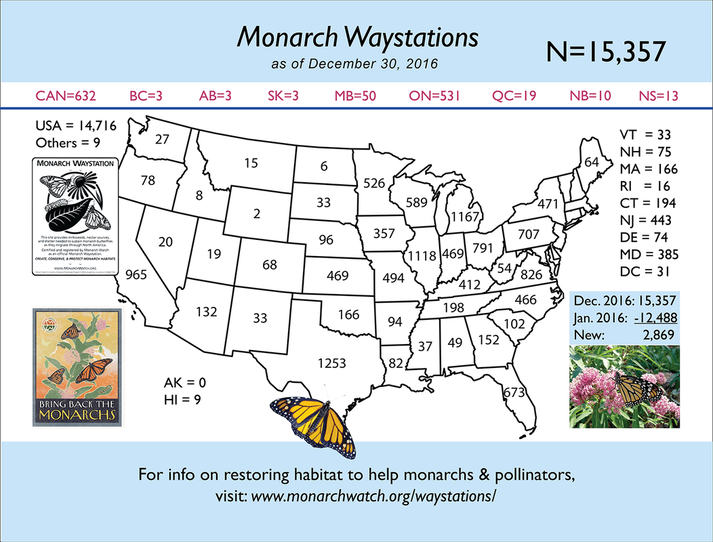 ALYSSA LARA OF ALPENA, MICHIGAN, AGE 8, TAGGED (UCS 810) A MALE MONARCH REARED BY ME IN HARRISVILLE ON AUGUST 30, 2015, AND IT WAS RECOVERED IN EL ROSARIO, MEXICO ON MARCH 6, 2016. THIS BUTTERFLY FLEW 2,173 MILES! THIS IS THE FIRST TAGGED MONARCH TO BE FOUND IN MEXICO FROM HARRISVILLE, MICHIGAN. SEE PICTURE OF THE MOUNTAIN BELOW.
Main migration flyways to Mexico start about August 15th from Harrisville, Michigan.

FRANK  APSEY OF HARRISVILLE, MICHIGAN, TAGGED (YGN 925) A FEMALE MONARCH NETTED ON THE BEACH AT HARRISVILLE STATE PARK ON AUGUST 18, 2018 (ON HIS WEDDING ANNIVERSARY)!
THE MONARCH WAS RECOVERED AT EL ROSARIO, MEXICO, IN MARCH OF 2019. THIS BUTTERFLY FLEW 2,174 MILES! THIS IS THE SECOND TAGGED MONARCH TO BE FOUND IN MEXICO FROM HARRISVILLE, MICHIGAN, SINCE 2010.  SEE MAP BELOW FOR THE LOCATION OF EL ROSARIO.